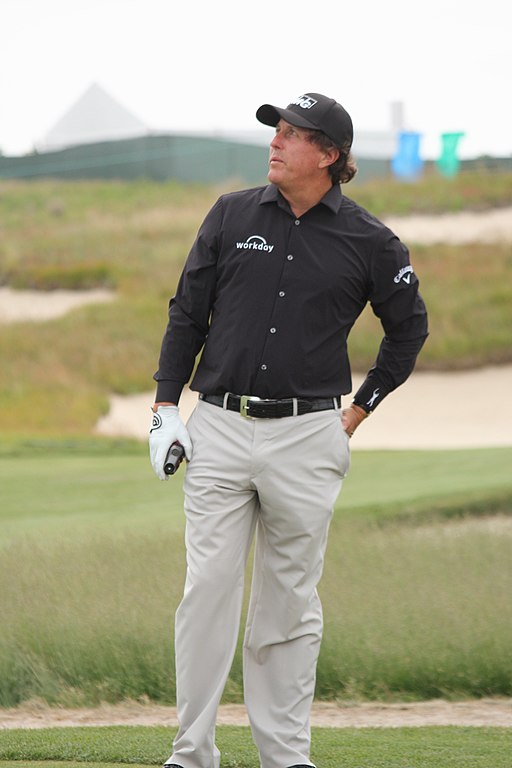 In a thrilling final round, fan favorite Phil Mickelson held off all challengers to become the oldest winner of a major championship.

I doubt many would have predicted a Mickelson win prior to the start of the tournament. In the tough conditions at Kiawah Island, South Carolina he was the one who managed to keep his game in shape.

Without a major win since 2013 or even a top 10 since 2016, this was a pretty unlikely victory by the player who is now able to ply his trade on the Champions Tour. At the very first hole, it all seemed likely to unravel after a two-shot swing in Brooks Koepka’s favour. In the end, it was Mickelson who produced the better golf on the day and was a deserved winner.

At the start of the day it looked like bookies favorite Brooks Kopeka would be drawing level with Mickelson’s total of five majors. By day’s end it was Mickelson who managed to equal the major halls of Lee Trevino and Sir Nick Faldo.

I just love this game and I love what I do and I love the challenge of competing against such great players.

It will be interesting to know whether Mickelson is still in favor of the Golf Super League after this win gives him at least five more chances to complete the career Grand Slam at the U.S. Open.

On another blustery day the challengers for the title kept taking one step forward and two steps back.

Koepka’s short putting was causing him as much trouble as his knee. Ultimately those fine margins are what cost him the title. Koepka actually struggled to reach the final green as the spectators swarmed across the final fairway in an effort to get a vantage point to see the winning putt.

It would have been cool if I didn’t have a knee injury and got dinged a few times in the knee in that crowd.

Oosthuizen put it in the water on 13 and that double bogey effectively sealed his fate.

Kevin Streelman started with two birdies but was unable to maintain the momentum with a number of bogeys during the rest of his round and signing for a 75.

Irish eyes were smiling however after the final day charges by Padraig Harrington and Shane Lowry. Upcoming Ryder Cup captain Harrington showed the young whippersnappers that he has still got some game with a fourth-place finish.

Earlier in the day Justin Rose and Abraham Ancer showed what might be possible. Ancer having the best round of the week, a 65. Rose looked destined for a high finish at least with six birdies in the first 11 holes but a double bogey stunted his progress on 12 and he finished with a 67.

Phil the Thrill: What’s in the Bag?

At his press conference Phil the thrill pointed out that he had to make a couple of changes to his equipment for Sunday’s final round. The face on his Callaway forged 3-iron had cracked so he swapped that out for a 4-wood and he also had to swap out the 11.5° mini driver for a backup as well.