This is my list of the places I’d like to play before I hang up my spikes.

The home of golf – need I say more. The Old Course is almost guaranteed to be on every golfer’s list of must-play courses. Golf has been part of the fabric of the town for hundreds of years.

The Links Trust now controls seven different courses in and around town. The Castle Course is the most recent addition to their portfolio.

If you’re looking for something slightly more modern then the Torrance and Kittocks courses at Fairmont St Andrews might suit. Or you could walk in the footsteps of the celebrities that play in the Dunhill Links with a round at Kingsbarns.

If all those courses aren’t enough to satiate your appetites then Fife is home to many golf courses.

The Jigger Inn is one of the most famous watering holes in golf and should certainly form part of your itinerary should you be in town.

From fine dining in the Road Hole restaurant to cheap and cheerful takeaway St Andrews has all your options covered.

It is also home to the British Golf Museum. With 17,000 artifacts including Young Tom Morris’s championship medal and a collection of vintage golf clubs.

You could also pay a visit to the ruins of St Andrews Cathedral and Castle. Those of you more interested in nature could take a stroll around the Botanic Gardens or the Aquarium.

For a more in-depth look at St Andrews read about my personal experience.

Probably not the most obvious choice!

You may wonder why I picked Finland. That’s because it offers you the chance to play golf under the midnight sun.

Yes, courses in Finland can get enough light that you can play golf in the wee small hours.

Courses such as Linna, Levi and Kuortane offer packages or arrange competitions During the height of summer. They can conceivably be open 24 hours a day.

It sounds like golf will be great fun plus you have the advantage of visiting a country like Finland which has a reputation of being very beautiful.

Golf in the Alps sounds like something I’d really like to try. Home to the Omega European Masters, Crans-sur-sierre golf was founded in 1906. It looks like an absolutely stunning place to play golf with views of the mountains all around you.

Of course, the fact that being at altitude means I’ll hit the ball a bit further hadn’t even occurred to me!

The original 18 holes were redesigned by Severiano Ballesteros. There is an additional nine-hole course designed by Jack Nicklaus.

The consensus seems to be to make sure you take a camera!

With many of the top American courses being member-only I will restrict myself to public access courses with one exception! 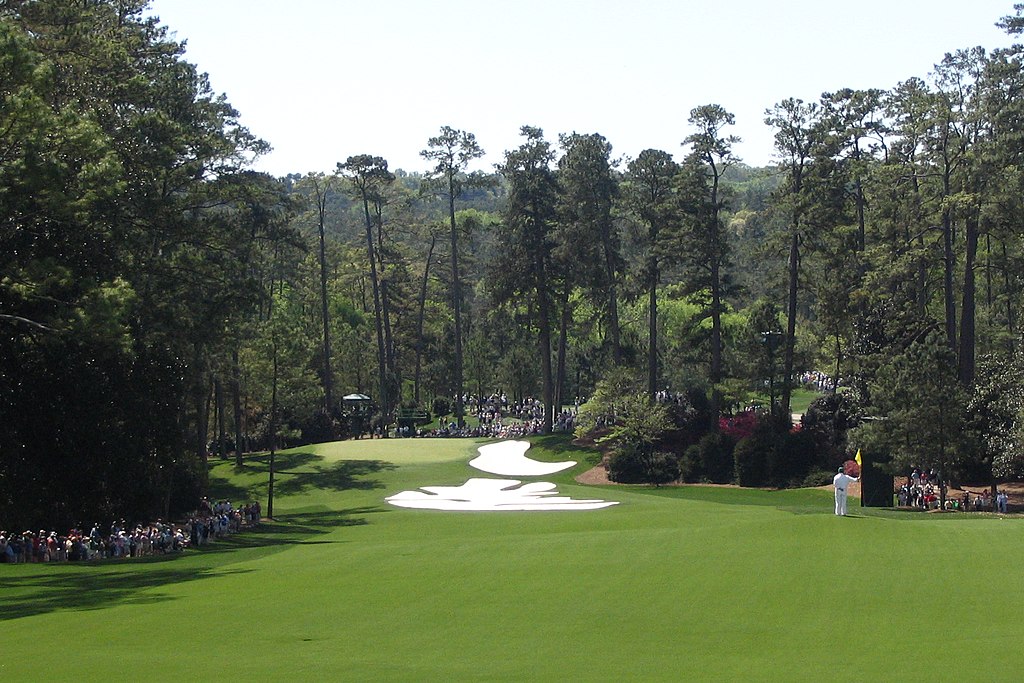 Other than St Andrews likely to be the other course on every golfer’s bucket list.

Unfortunately, the chances of playing there are slim to none so it’s likely I would have to settle for a spectator pass to the Masters.

Up until fairly recently, even that would have probably been quite tricky as you would have been on a very long waiting list. These days however it is possible to book with the number of tour operators that have access to spectator badges.

Having spoken to a few people that have managed to make the trip it does sound like a very special place.

Obviously, California has a bucketload of attractions aside from golf so I won’t dig into those.

As far as golf goes you will probably need some quite deep pockets to play the top public courses in the state.

Pebble Beach Golf Links is likely to rank high on any golfer’s list of places to play. A combination of stunning scenery and tricky holes makes for a great combination. So add in the fact that it’s the home of an annual PGA Tour event and you have an almost perfect storm. The only fly-in-the-ointment is the near $600 green fee! Well, you only live once!

Many courses on the Monterey Peninsula will be worth checking out including Poppy Hills, Spyglass Hill and the Links at Spanish Bay. Of the three, Poppy Hills would be the cheapest at a mere $250! The other two are in the $300 to $400 range.

This is rapidly turning into a lottery winners list rather than a bucket list at these prices!

A little further up the coast San Francisco you find the newest major venue TPC Harding Park. Host of the 2020 PGA Championship won by Collin Morikawa.

As a municipal facility, this is not surprisingly one of the cheapest major venues you can play. They have a flexible green fee system which means an early morning tee time will set you back $180 but tee off late in the afternoon and that would drop $105.

Torrey Pines is another PGA Tour host using both their North and South courses. The South course also hosted the 2008 U.S. Open where Tiger Woods prevailed over Rocco Mediate.

Not surprisingly the green fees are a little on the steep side. For non-residents, the South course costs $202 rising to $252 on the weekends. The North course costs $128/$160. If you’re prepared to play later in the day you can take advantage of quite large discounts.

If I fancied a change from the seaside, I could try desert golf in Palm Springs or Indian Wells.

PGA West has five courses including the Pete Dye designed Stadium. It has hosted the “Hope” on many occasions. There’s also the Nick Faldo designed Shadow Ridge nearby.

The Ocean Course At Kiawah Island first crossed my radar during the 1991 Ryder Cup. The more recent PGA Championship won by Phil Mickelson has only made it rise higher on my list of courses that I’d like to play.

Arguably the next most famous course in the area would be Harbour Town Golf Links. Another Pete Dye design that has been featured on the PGA Tour for many years. With the iconic backdrop of the lighthouse on 18, it looks like a very picturesque course to play and one that requires brains rather than brawn.

The World Tour Golf Links could be a fun place to play. All 18 holes have been inspired by famous holes on championship courses.

This is a little off the beaten track on the Oregon coast. A resort where golf is truly meant to be the focus. Six different courses to keep you busy. There is also a putting course covering more than 2 acres.

This is probably the place I would put on top of my list of places to play the US.

This would certainly be on the list as it’s amongst the highest courses in the world. You may be looking at an additional 50 yards on your tee shots!

This is the most southerly golf course in the world (assuming you don’t count ice golf played in the Antarctic). It is a nine-hole track with the Rio Pipo coming into play on five of those holes.

Signature Course at The Legend Golf and Safari Resort

It is unique in having each hole designed by a top professional. It also features the “extreme 19th hole”. A par-3 of 395 yards where you have to take a helicopter to reach the tee 400 m above the green.

There appear to be some comments concerning the availability of the helicopter that is required to play this hole. It seems to be a little bit hit and miss. Course conditioning is also a concern.

Three of the best courses in Africa. You can also combine your golfing fix with a safari to view some of the big game in the area.

At the Leopard Creek Course, you can regularly see buffalo, hippo, crocodile and antelope. You may even catch sight of elephants.

Designed by two-time Masters champion Bernhard Langer, the course is only accessible via boat or helicopter as it sits on its own island.

The most obvious place to go would be the sandbelt courses around Melbourne.

Alistair Mackenzie designed Royal Melbourne would be at the top of the list along with Kingston Heath.

A newer development but it also sounds like it could be a  fun experience is Barnbougle. Featuring three courses built on the shores of Tasmania. It’s the closest thing to a links that you’ll find in Australia

One of the few places where you can play a full 18 holes of golf under floodlights. Given the temperatures you can experience in the Middle East floodlight golf is probably worth a try!

While Colombo golf club is one of the oldest clubs outside of the UK. As the name suggests the railway line forms a unique hazard at this golf course with trains passing as often as every 20 minutes.

Would need to snag an invite from a member but sounds like an intriguing place to play golf.

Looks like this course has awe-inspiring visuals as it is being carved out of the former tin mine. It offers sweeping elevation changes in a tropical rainforest setting. Hazards include natural waste bunkers and flooded gullies.

There you have it long list of courses or regions to visit that have something outstanding to make them worth the trip.

Unfortunately, the vast majority are pretty expensive and for me at least I would almost certainly need to win big on the lottery to afford them!

A man can still dream though!